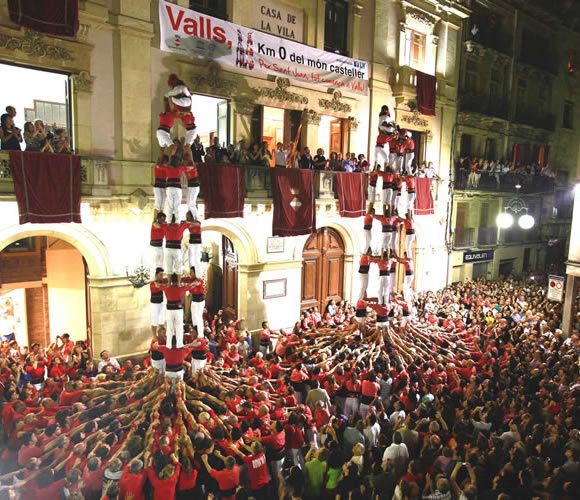 In order to find the origins of such integral tradition of Valls, we must go back to the late seventeenth century, period in which can be identified within other popular expressions such as ceremonial processions that would involve dances, performances and musicians, among others.

Specifically, the genesis of castells (aka human towers) is to be found in the final tower we can see in a traditional dance known as Valencians, original from Valencia and fossilized in the Muixeranga Algemesí. It then arrived in Tarragona, where it reached six levels of height in the late eighteenth century.

The evolution that brought those primitive human towers to the popular tradition we nowadays know took place in Valls, where we find evidence of two rival human towers gangs (aka colles castelleres) to have existed since the early nineteenth century. That's why the city is considered the cradle of human towers and the PLAÇA DEL BLAT –where both Colla Joves and Colla Vella dels Xiquets de Valls perform these days– is known as the “kilometre zero” of the human towers world.

Human towers’ technique was gradually perfected, allowing them to grow in height. In 1819, eight-floor human towers were documented in Valls by two colles, the Pagesos and the Menestrals. Human towers became protagonists in Camp de Tarragona and Penedès’ celebrations throughout the nineteenth century. In the second half of the century, important milestones were achieved, on what is known these days as the first golden age of human towers. Back then, local colles were given different names: Pagesos were known as Muixerra or Vella, and Menestrals, as Roser or Nova.

In 1881, castells reached zenith. Chronicler Ramon Vila Roca writes about a number of constructions in some newspapers –La Opinión, among others– as follows: “3 de a 9 comunes”, “3 de a 9 limpios” and “4 de a 9 comunes” by Colla Nova; “3 de a 9 comunes”, “4 de a 9 con ayuda” and “4 de a 9 limpios” by Colla Vella. Diari de Tarragona would then comment on these words as: “quatre pilans de nou sin refuerzo ni ayuda de ninguna clase”, on what was then described as the winning tower. In 1883, yet another new castell –the “cinc de nou amb folre”– is successfully built during St. Ursula’s Festivity. 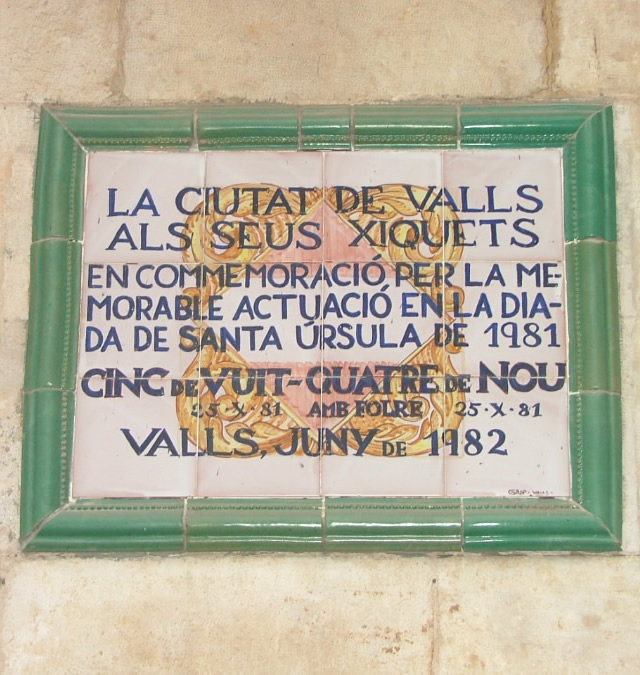 The twentieth century began with a gradual decline that lasted until 1925. The following year, the creation of new groups outside Valls spurred Valls’ castellers to achieve goals that had been almost forgotten, such as the “dos de set” and “quatre de vuit”, as well as the coronation of the “tres de vuit”. The Spanish Civil War was responsible for this revival to soon shatter in 1936.

In the 40s and 50s there is an evident and gradual recovery that reached its peak with the “tres de vuit”. However, human towers' activity did then faltered for a decade.

In 1969, rivalry existing between Colla Vella dels Xiquets de Valls and Nens del Vendrell resulted in castells never seen in the twentieth century, such as the “cinc de vuit carregat”, the “pilar de set” and the “dos de vuit”, the two latter ones using the folre (a type of lining).

At St. Ursula's Festivity, in 1981, Xiquets de Valls started the second golden age of castells with the successful construction of the very first “quatre de nou amb folre” of the twentieth century by Colla Vella; and the first “cinc de vuit” of the century by the Joves.

In the 80s, the number of nine-floor colles grew again, and so did the areas where castells were performed. Women joined castells and human towers were modernized once again. Then, the Coordinadora de Colles Castelleres de Catalunya (literally, Coordinator of Human Towers of Catalonia) is set in Valls.

The human towers' scene enters, in 1993, a brand new dimension, due to the achievement of the unprecedented “dos de nou amb folre I manilles”. The Minyons de Terrassa were the first colla to build it and, a year later, it was Colla Vella de Valls that joined them, with two performances in the local square. Colles began a new and spectacular progress. Human Towers from the nineteenth century are brought back –such as the “tres de vuit aixecat per baix”– and new ones are successfully attempted: ten-floor towers, the “tres de nou amb folre i agulla” and the “dos de nou amb folre sense manilles”. The number of colles grows exponentially, going from 26 in 1992 to hundreds currently distributed all across the Catalan-speaking territories and worldwide.

The statement of castells (the Human Towers) as an Intangible Cultural Heritage of Humanity by UNESCO took place in 16 November 2010 at the meeting in Nairobi, Kenya, which was held simultaneously in Valls, the place were the road towards the candidacy had begun.

Valls will soon add a new asset: the opening of “Món Casteller – Museu Casteller de Catalunya (literally, World of Castells - The Catalonia Castells Museum), a project promoted by the “Consorci”, and the collaboration of Generalitat de Catalunya, Diputació de Tarragona, Ajuntament de Valls and above-mentioned Coordinadora de Colles Castelleres de Catalunya. The museum –built by the local company Varis Arquitectes and led by Dani Freixes and Ignasi Cristià– will home a number of experiences open to the public. 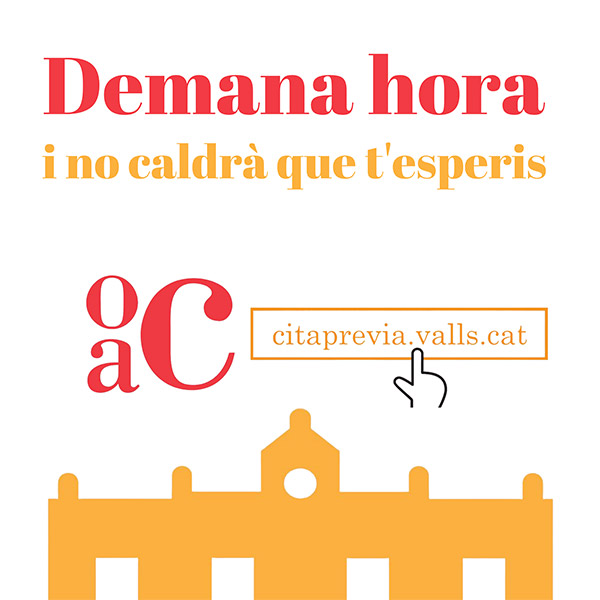